It’s hard to believe, but Objects in Motion came out 6 years ago today. Ya know, the funny thing is I wrote this entire post thinking it had only been 5 years, until it dawned on me that it’s 2018 now. So 6 years.

Huge thanks to all of you that have followed along with this project, especially those that have been around since the beginning. Those of you closest to me, and anyone who passed through the N. Columbus St. house where this all started, know it took a lot of energy and determination to get this thing rolling.

This all started as an idea for a recording project – leftover songs and riffs that never made it to tape, plus some new ideas. Countless hours, late nights and early mornings in my shoe box of a room, trying to perfect what in the end just became elaborate demos. So into the studio I went. I worked with Dave Mallen at his home studio Innovation Station (thanks, Dave!). And out came the first Silhouette Cities EP Objects in Motion. 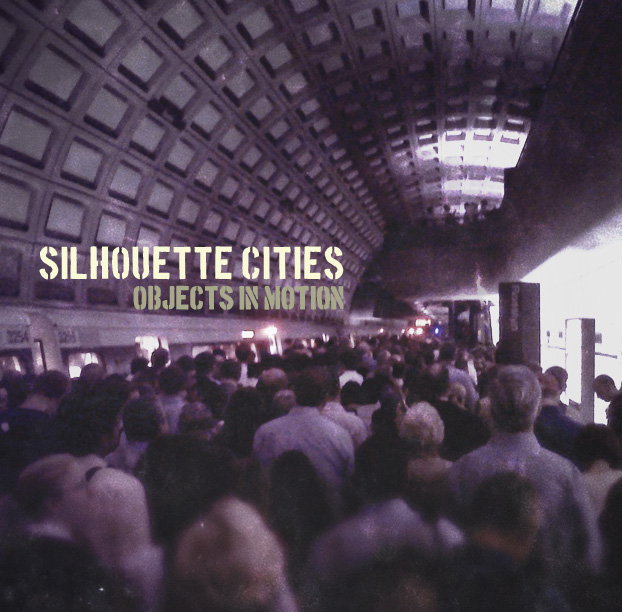 I’ve been a bass player all my life. I had never really recorded on guitar before recording this album. So the bass parts went down easy. I think we knocked those out in 1 afternoon session. Guitar took a lot longer, as you can imagine. But that was cool experience for me to record on an instrument outside my wheelhouse and get into dubbing and writing multiple melodies and parts that all worked together. I think that was huge experience to have going into the studio later to record No Worse for the Wear.

One of my favorite things about the album is that from everyone who’s ever listened to it, there’s no clear favorite song. So it feels good to know it was worth recording all 5 and packaging them together. It’s got a little bit for everybody. It kind of lives somewhere where pop, hard rock and punk all meet.

A few more thank yous – to Maggie, Matt and Ian for putting together the album art. I do have some physical copies. If you’re interested, shoot us an email. To Frankie and Jon for the videos. And again to you guys for listening and all the support over the years!

Stream on Spotify below, or download on iTunes or stream on Apple Music.